What is a Gold Star Family?

No one wants to be a Gold Star Family.

The title, which is reserved for families of military members who have died in the line of duty, is meant to honor the service member’s ultimate sacrifice while acknowledging their family’s loss, grief and continued healing.

Even though the nation isn’t currently part of a conflict as all-encompassing as World War II – only 1% of the U.S. population serves in the military today, versus the 12% that served during WWII – there are more living Gold Star Families than you might think.

According to a Military Times article, since 9/11, more than 16,000 troops have died in non-combat circumstances and 7,000 died in the Iraq and Afghanistan wars alone. There are also thousands of living Gold Star Family members who lost loved ones in WWI, WWII, the Korean War, the Vietnam War and other conflicts throughout the 20th and 21st centuries.

To honor these, and all Gold Star Families, here is a look at the history and significance of this somber designation.

The History of the Gold Star Family Designation

The phrase “Gold Star Family,” dates back to World War I, when military families displayed service flags featuring a blue star for every immediate family member serving in the Armed Forces. The star’s color would be changed to gold if the family lost a loved one in the war, hence the term, “Gold Star Family.”

Individual military family members who lost a loved one also started to be referred to as “Gold Star Wives,” “Gold Star Mothers,” etc.

In 1928, Grace Darling, a Gold Star Mother, took this then-informal designation one step further and founded American Gold Star Mothers along with a group of 25 other grieving mothers.

The organization, which is a membership-based organization devoted to keeping the memory deceased service members alive by working to help the military community, is located in Washington, D.C., and still operates today.

The Gold Star and Next of Kin Deceased Personnel Lapel Pins

As the U.S. became involved in other global conflicts, particularly WWII, new organizations and ways to honor Gold Star Family members appeared as the number of grieving military families rose.

In 1945, the Gold Star Wives of America organization was created and in 1947, the Department of Defense (DoD) created the Gold Star Lapel Pin.

The pin, which features a star on a purple circular background, can only be worn by the immediate family of service members killed in combat. In 1973, the DoD created a similar Next of Kin Deceased Personnel Lapel Pin to give to family members of service members who lose their lives while serving, but did not die in combat.

Today, the military continues to issue Gold Star Lapel Pins or Next of Kin Deceased Personnel Lapel pins to spouses, parents and children of fallen members of the military.

How You Can Honor Gold Star Families

Even though their loss can never be filled, Gold Star Families deserve to be honored for the sacrifice of their loved one and the USO is there for them.

Since March 1991, the USO’s Support for the Families of the Fallen programs have supported every dignified transfer at Dover Air Force. The USO also supports families who have made the ultimate sacrifice through our partnerships with organizations such as Fisher House.

THROUGH YOUR LOCAL COMMUNITY

Chas Graham, president and CEO of the Hershel Woody Williams Medal of Honor Foundation, a nonprofit that builds Gold Star Family memorial monuments said, “so many communities, they don’t know what a Gold Star family is…every community needs to realize that Gold Star families are living amongst them.”

By pausing before saying “Happy Memorial Day,” spending some time reading about those who have made the ultimate sacrifice or simply remembering the fallen service members during the holiday weekend, you can truly support Gold Star Families. 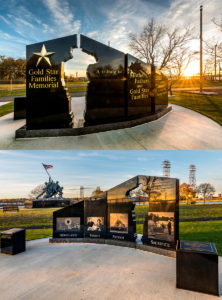 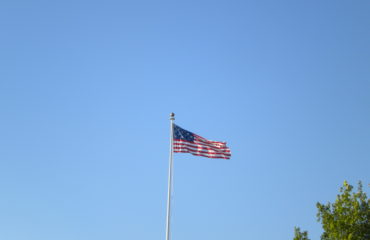 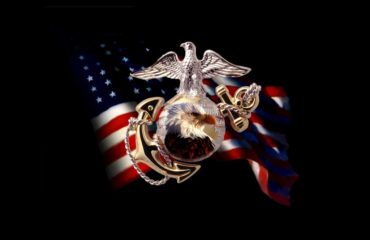