An influential group of over two dozen retired generals has launched a counteroffensive against plans to transform the Marine Corps, and is using their clout in a high-power pressure campaign to get Congress to slam on the brakes.

The roster of personalities includes every living former commandant, along with a slew of other retired four-star generals revered within the Corps. And all of them are bristling at different aspects of foundational changes introduced by Commandant Gen. David Berger, who aims to make the Corps lighter, faster and more capable of doing everything from electronic warfare to sinking ships at sea.

“This is not a fragmented effort, this is a collective of 30 some generals … including six or seven of the most senior, most credible Marines that I’ve ever worked with,” said Frank Hoffman, distinguished research fellow at the National Defense University and a retired Marine officer. Yet he also noted that Berger’s efforts have already been blessed by Congress and the Pentagon brass, so putting a stop to them now is unlikely.

The Marine Corps’ two-year-old plan represents a fundamental shift in how the Corps equips its troops and goes to war. The Corps’ 400-odd tanks have already been shifted to the Army, helicopter wings put in storage, and infantry units are being reconfigured to become smaller and more nimble.

The changes are part of a wider rethinking of how the military is funded and structured to meet China and Russia, which are challenging post-Cold War U.S. military dominance. It’s no surprise that the Corps in particular, with its mystique of grit and self-reliance, would struggle with such rapid, deep-rooted changes.

A spokesperson for Berger declined to comment on the specifics of the retired general’s criticisms, and instead pointed to statements Berger has made to Congress and in public as to why the modernization push is necessary.

Several of the generals met with Berger on March 3 to voice their concerns, but walked away dissatisfied that they had been heard, Paul Van Riper, a retired lieutenant general who served as head of Marine Corps Combat Development Command, told POLITICO.

That frustration led to a March 26 opinion piece in The Wall Street Journal by Jim Webb, a former Navy secretary and a Marine Vietnam veteran, who said the talks with Berger were “unsuccessful,” and declared “the gloves have now come off.” Similar pieces by retired Marine officers and other backers have appeared in other news outlets, hoping to stir up both the military audience and members of Congress.

The changes Berger is putting forward “do not meet … requirements and do not meet the needs of the combatant commander,” Anthony Zinni, a retired general and former head of U.S. Central Command, told POLITICO. “We think the cuts are far too drastic and really, greatly diminish the capability of the Marine Corps as a combined arms team and move it away from its traditional role.”

Webb, in his Wall Street Journal op-ed, first disclosed the existence of the group. Members meet virtually or in-person on a daily basis to plan their way forward and are stepping up their outreach to members of Congress.

At stake is arguably the most ambitious modernization effort of any of the armed services. It takes to heart the 2018 National Defense Strategy, which said the armed forces need to train and equip to meet the China challenge. The argument in Berger’s new strategy is that in order for the Corps to shift its mission, and absent a massive infusion of new funding, tough decisions had to be made. Getting rid of hundreds of tanks and amphibious vehicles saved about $3 billion, all of which was pumped back into new precision missiles and upgrades for infantry units.

Berger and his supporters have said equipment such as tanks and artillery tubes aren’t suited to that Pacific fight. Rather, modern threats require the U.S. to have long-range precision rockets, small loitering armed drones, and mobile ship-killing missiles that Marines can use to protect U.S. and allied vessels.

But the land war against Russia has shifted Washington’s strategic calculations, and given new impetus to the retired generals’ mission. One of the group’s more vocal forward-facing members, Vietnam vet Bing West, wrote in a recent article that urban battles taking place in Ukraine, and similar fights in Vietnam like Hue City and Fallujah in Iraq prove the need for tanks and heavy armor in modern combat. Without them, Marines “today are less capable than two decades ago.”

In a Marine Corps Times op-ed, Van Riper bemoaned that “the Corps will have more space experts, cyber warriors, influence specialists, missileers and others with unique skills” than “Marines prepared to close with and destroy the enemy.”

Those arguments, some say, fail to take into account the changes in the technologies that China and Russia can bring to the modern battlefield, even if Russia is struggling to use them in Ukraine.

But some experts agree with Berger’s planned changes as the way to evolve the Marine Corps into a force that can compete with China.

Berger’s efforts are the result of “a lot of years looking at the evolving threat environment and the impact of technology” said Dakota Wood, senior research fellow for defense programs at The Heritage Foundation. “Maneuvering is more difficult because things can be spotted, logistic lines are going to be much more challenging to maintain and so when you’re faced with this kind of new battlefield, wouldn’t you want the force to be less logistically intensive and more maneuverable?”

The plan at the heart of the fight, dubbed “Force Design 2030” and released in March 2020, has won praise from many members of Congress and leaders from the other services also seeking to modernize their formations.

The Marines have already mothballed hundreds of Abrams tanks, warehoused several helicopter squadrons, and are rapidly swapping cannons for rocket artillery. The revamp also transforms the Corps’ storied infantry units into smaller, more technologically dependent units. The retired generals say the moves infringe on the Corps’ traditional strengths as a small, tough-as-nails battering ram called on to do everything from storming beaches to fighting in the mountains of Afghanistan.

The retired generals say they have seen no evidence that leaders performed adequate analysis before getting rid of their tanks, and want Congress to press the pause button on Berger’s plan.

“Why are you doing this before you have a full understanding of what you want to do?” Van Riper told POLITICO.

In a sign of how seriously Berger appears to take the generals’ criticisms, the Marine Corps has drafted an unpublished rebuttal to the criticisms that meets some of their points head-on. The changes being made to the Corps won’t take away from its ability to deploy anywhere around the globe, the draft states, and leadership continues to plan for multiple contingencies.

Specifically, “nowhere within the pages of our [Force Design 2030] … have we said that tanks are irrelevant — despite what is happening in Ukraine today,” states the draft, obtained by POLITICO. It also says that the recommendations made by then-Defense Secretary Mattis as part of his Close-Combat Lethality Task Force “have all been accepted, and have resulted in major lethality upgrades for our small units.”

Van Riper said the group of retirees is well aware of the changing threats.

This is not a “bunch of old guys that don’t know what they’re talking about,” he said. “We recognize that the Marine Corps has to make changes … what we want to see is these changes are based on thorough study and analysis, not just projections of what might be needed.”

A Marine Corps spokesperson noted that the Corps has been actively stress-testing these ideas for years, well before Berger took office, primarily through the “Global” series of classified war games at the Naval War College in Rhode Island. The games are run in conjunction with the Navy’s Pacific Fleet and the Army.

The latest version, Global 14, took place in November, and was overseen by Navy Secretary Carlos Del Toro, Berger and Adm. John Aquilino, the commander of U.S. Indo-Pacific Command. The retired generals could not be briefed on the full scope of the games because they no longer have the required security clearances.

Berger’s plan “challenges the Corps’ culture because it seems to shift its function from offense to defense and trade manpower for technology,” Hoffman said. “Both of these are antithetical to the Marine Corps’ sense of identity.”

Hoffman added that despite some claims that not enough thought had been put into the changes, all of them had been previously vetted by the Pentagon. “It’s been through the requirements-based system, it’s been through the Joint Staff, through [the Office of the Secretary of Defense] and through Congress twice, so it’s not like the Pentagon or Congress were derelict in oversight. I’m pretty sure Berger was nominated and confirmed because he had a track record for thinking forward and having some vision.”

Lawmakers aren’t the only ones who back Berger’s plan. It’s been welcomed by defense contractors and lobbyists as well, because money is still flowing on a variety of new projects. Major defense contractors such as Lockheed Martin and Raytheon Technologies manufacture anti-ship missiles, precision-guided rockets and loitering munitions that the plan outlines as investment areas. Having those factions on board, and the fact that many areas of the restructuring are already underway, make the generals’ effort a long shot.

When asked directly about the Marine Corps’ plans, the head of European Command, Gen. Tod Wolters, told the House Armed Services Committee Wednesday that the revamped Corps “dramatically enhance our options … a brown-water force that can shoot, move and communicate and is very expeditionary is priceless for 21st century security.”

The Marines are working through some of their new concepts during the Cold Response war games taking place in Norway, Wolters said, adding, “the Marines are doing a fantastic job of leading from the front and showing the rest of us how to do it right.”

Backers of the changes note that they didn’t originate with Berger. In June 2017, his predecessor, Gen. Robert Neller, told Congress that the Marine Corps is “not currently organized, trained and equipped to face a peer adversary in the year 2025.”

Neller pointed to the use of electronic warfare, precision weapons, and cyberattacks that would confront Marines on future battlefields against China and Russia, adding, “I’m worried that we’re going too slow and that we’re afraid of change.” 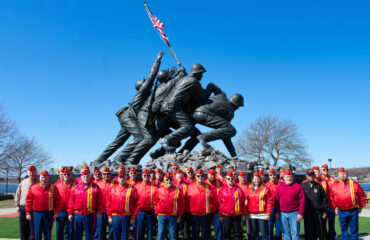 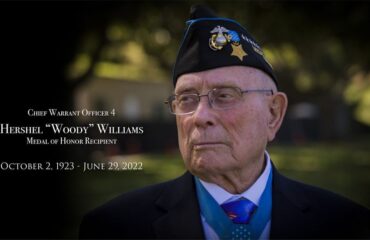